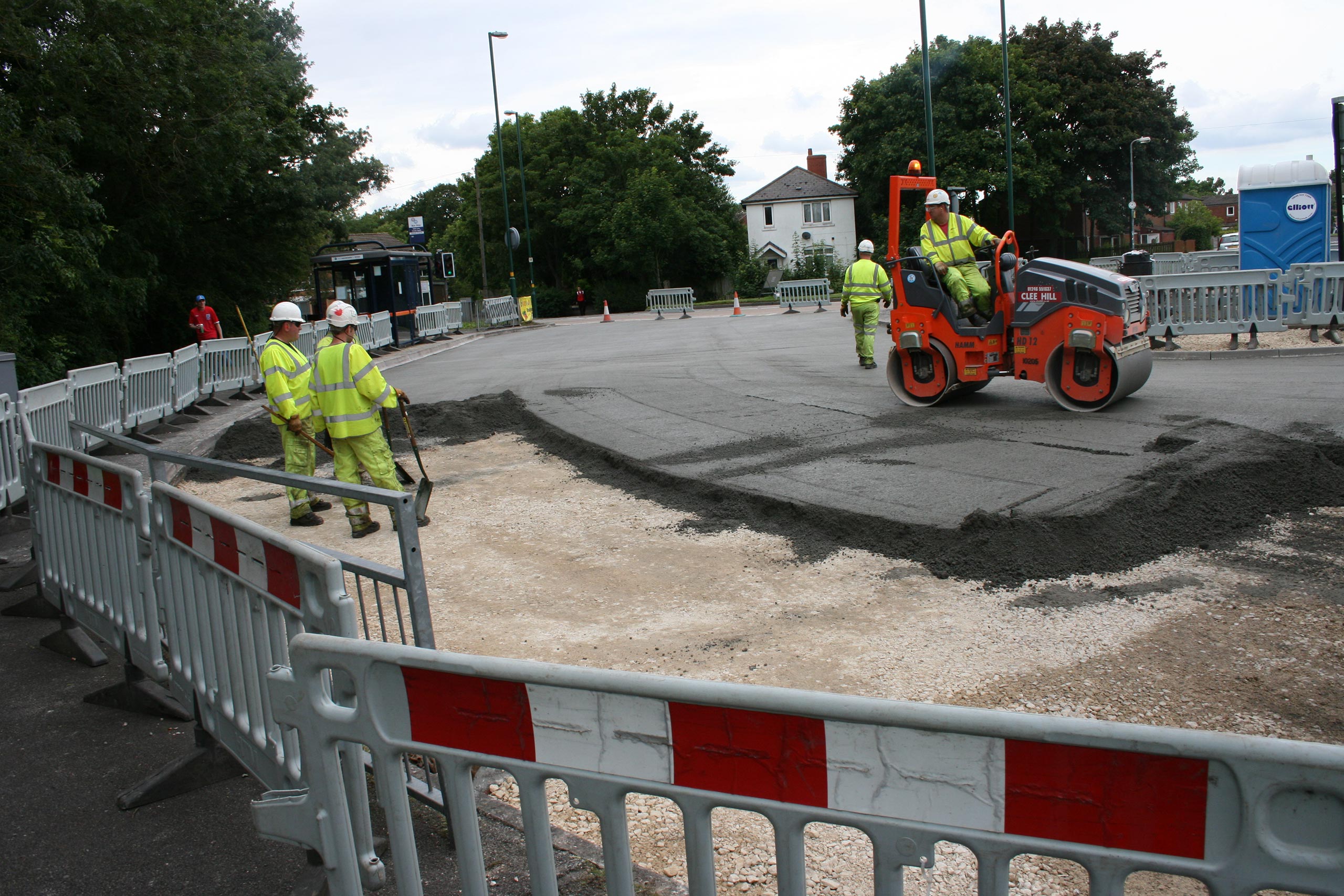 When the City Council of Birmingham, England, found itself constantly resurfacing a popular bus terminal in a congested area, CEMEX was up to the challenge with a solution that is suitable even for the most difficult conditions.

The City Council of Birmingham, England, was faced with the task of resurfacing the bus terminal at Druids Heath—the end of a popular city bus route in a densely populated ward of south Birmingham. Heavy traffic caused the surface to continually chip, crack, and depress.

The regular remedial work required for the site of the bus terminal—which was traditionally constructed of asphalt—caused significant issues with the routing of public transport in this heavily populated area of the city. Consequently, Amey LG, the operator of the Birmingham Highways Maintenance and Management Service, approached CEMEX to request an alternative material that not only could withstand the current stresses experienced at the bus terminal, but also could be installed quickly to minimize service disruption.

Suitable for the most difficult conditions, RCC is capable of withstanding heavily concentrated loads and is resistant to both low or high temperature extremes

CEMEX recommended installing Roller Compacted Concrete (“RCC”). Suitable for the most difficult conditions, RCC is capable of withstanding heavily concentrated loads and is resistant to both low or high temperature extremes. After observing the finished results at Tattershall Quarry Hall Road, where CEMEX recently laid RCC, Amey LG decided it was the ideal pavement material to resurface the bus terminal.

CEMEX and Amey LG’s designers collaborated closely to produce a tailor-made RCC mix that would help retard the mixture in transit, while requiring a total of only four days to complete the resurfacing of the bus terminal. Following the excavation and removal of the existing material over the first two days, on day three, CEMEX delivered 160 tons of RCC to the site in 10 loads and, through traditional asphalt pavers, laid a new 150-millimeter thick surface. The remainder of the third and all of the fourth day allowed the material to “cure.” On the fifth day, the road was opened to public use as scheduled—achieving significant time saving when compared to traditional concrete.

RCC provided a superior solution to asphalt for this challenging project. In particular, asphalt offers no resistance to oil and diesel spills and is less resistant to heavily concentrated loading—two critically important elements of this job.

As for all-important service continuity, “The RCC’s design mix reduced the curing time, so the site was opened to traffic the next day, minimizing disruption for local bus passengers,” concluded Steve Crompton, CEMEX National Technical Director in the UK.

On the fifth day, the road was opened to public use as scheduled—achieving significant time saving when compared to traditional concrete.