Even before its official inauguration in late 2015, Torre Reforma, designed by the Mexican architect Benjamín Romano from LBR&A Arquitectos, is already an architectural icon in Mexico. At 807 feet and 57 levels, this emblematic corporate building is the tallest in Mexico City. It also stands out for its impressive walls of exposed concrete, which, when viewed from a certain angle, resemble a large open book.

Characterized by both its slimness and strength, the walls that serve as the backbone of the tower were built with CEMEX Fortis. The high-strength properties of this concrete allow it to bear the weight of the slabs, which were conceived without interior columns to maximize the use of space, with the support of the intertwined metallic structure.

The flexibility of concrete as a building material, coupled with the strategic design of the walls with ‘tetris’ style windows, dissipates telluric waves and releases energy in the event of an earthquake. The concrete used for the walls was designed by CEMEX in gradient shades of gray to match the building height, in accordance with customer requirements.

"Our concrete walls are everything on this project. They are the structure, the facade, the view and the architectural image. In short, they are the tower’s masterpiece,” said Julieta Boy, Project Manager at LBR&A Arquitectos.

In order to build a project of this magnitude, special pumping equipment that can pour concrete at high altitudes and in difficult access areas was required. ‘Placing boom’ is a technology solution provided by CEMEX that allows for a continuous concrete pour with utmost safety, promptness, consistency, and efficiency of cost and labor.

Along with the efforts to innovate that characterize this building; the sustainability approach of Torre Reforma is aligned to the highest international standards that allow it to seek a LEED Platinum certificate from the U.S. Green Building Council.

Some 90 percent of the areas have exterior views that favor comfort and productivity. The natural light and ventilation of the triple-height courtyards and interior gardens impact energy savings by 25 percent. Also, its treatment plant recycles 100 percent of consumed water, allowing the city to save 700 million liters a year.

Located in the heart of Paseo de la Reforma, this skyscraper became news when construction began on its foundation in 2008. At that time it was necessary to temporarily move a house that dates back to 1929 -classified as historical and cultural heritage by the Instituto Nacional de Bellas Artes - and then return it to its original location with the support of a tray made with CEMEX specialty concrete. 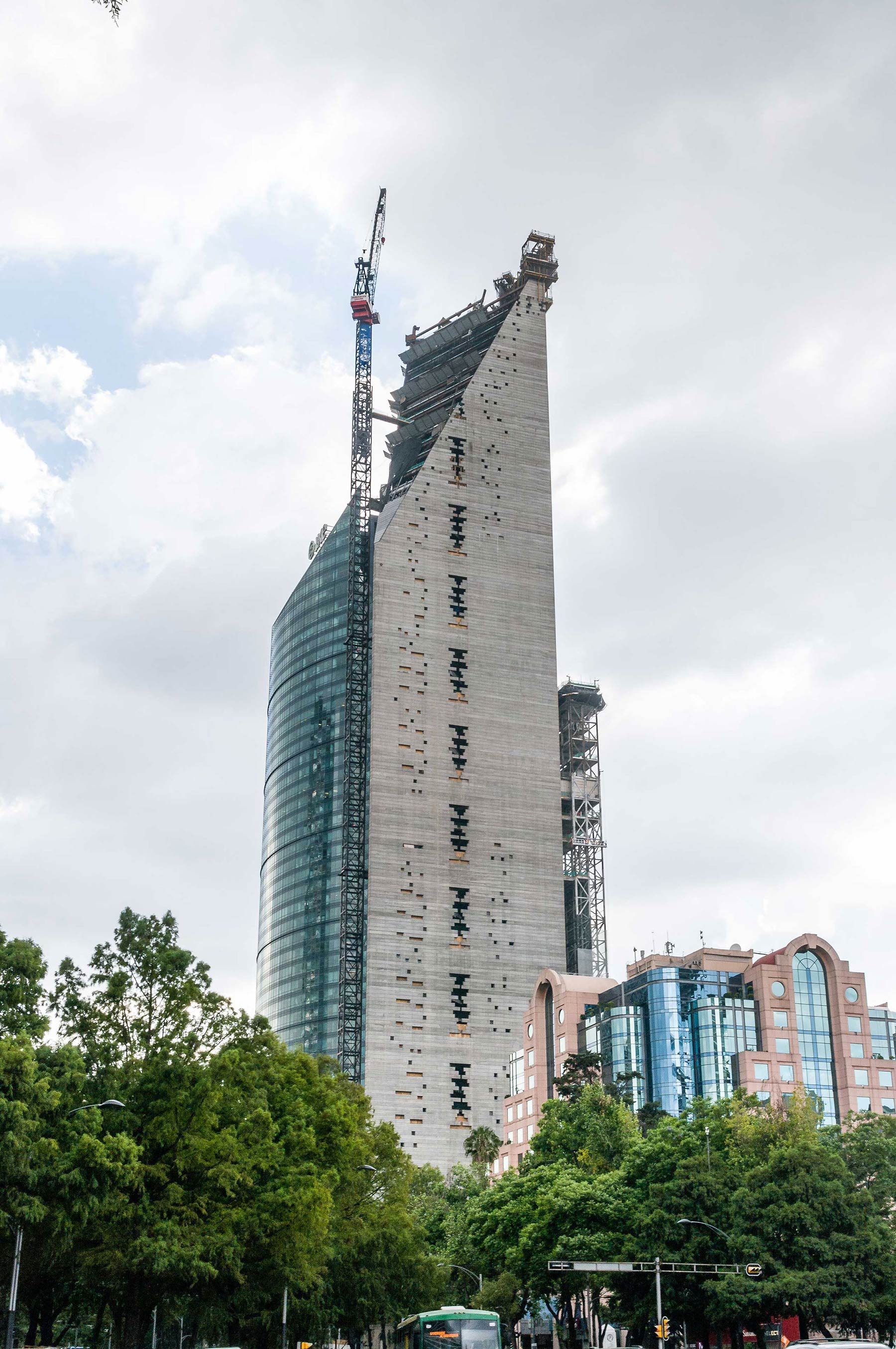 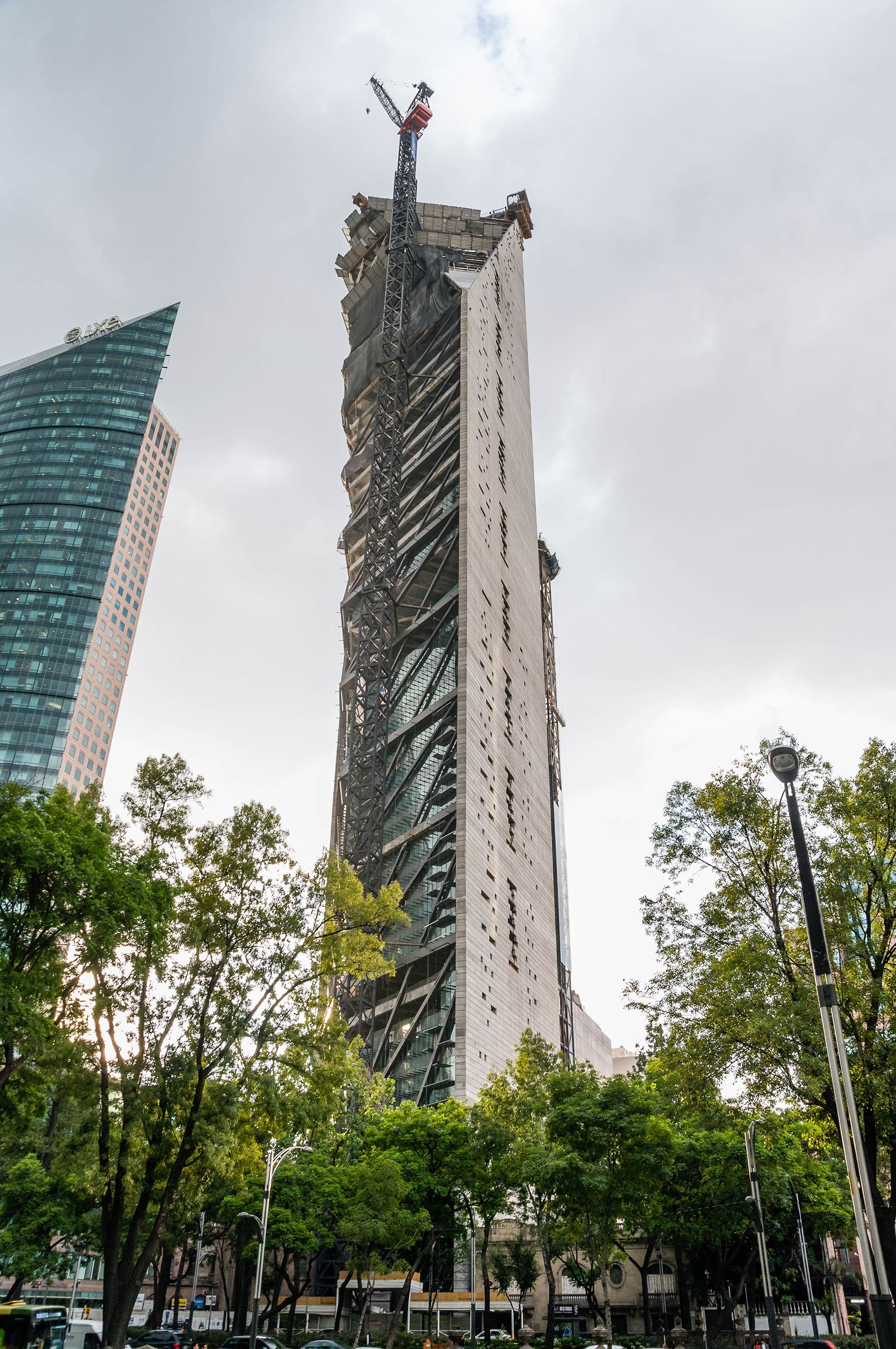 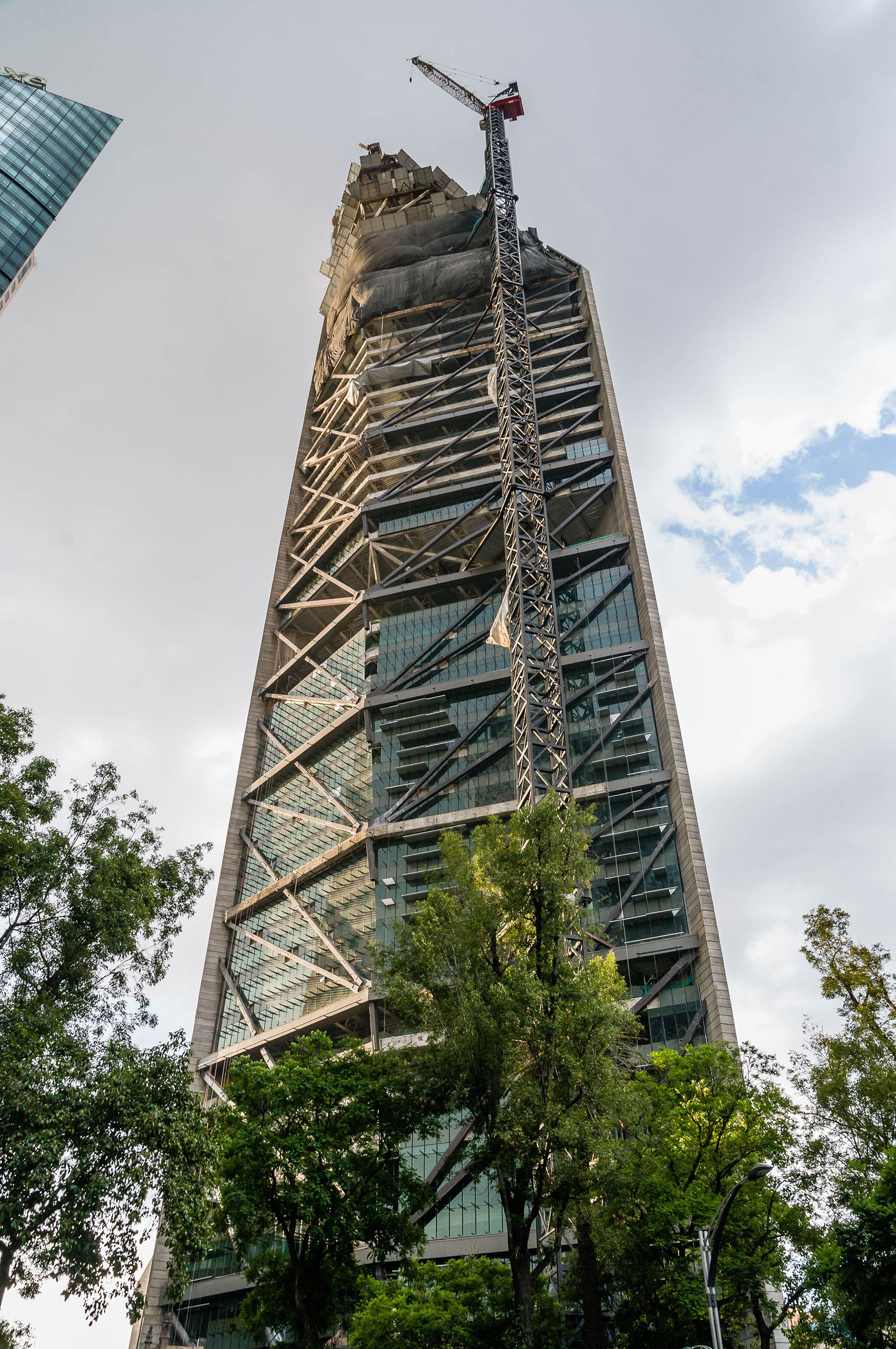