We have much to be proud of as we close 2016, from participating in the tallest buildings to the most important infrastructure projects to community initiatives. Below are just a few favorite successes from our operations around the world on our 110th year.

We launched CEMEX Nature to promote a culture of appreciation for nature, not only among our own stakeholders, but also within the global community. Local alliances are supporting conservation of El Carmen Nature Reserve, and a cooperation with BirdLife international is helping to safeguard the Golden Eagle, Mexico’s national bird.

In Colombia we participated in the both the country´s tallest building and its longest bridge, while our CSR programs with local institutions helped work towards the eradication of extreme poverty. But a favorite project was the development of a floating concrete island, in cooperation with CEMEX Research Group and Syracuse University, that will support biodiversity conservation on Cartagena’s shorelines.

Our colleagues in Czech Republic are very proud of their successful sustainable initiatives this year. For the first time, employee volunteers visited playgrounds and forests to collect and dispose of bags of waste and garbage. CEMEX also organized a full day of educational activities at Prachovice cement plant and quarry for 170 local schoolchildren on Earth Day. Finally, the Biodiversity Action Plan at the Naklo Gravel Pit has uncovered endangered species and is supporting biodiversity conservation in collaboration with the Czech Society for Ornithology. The project has been such a massive success that in 2016 it earned two awards from the Czech Mining Union and from Business for Society.

From its youth baseball programs to its investment in renewable energy and contribution to government low-income housing projects, our operations in Dominican Republic continually demonstrate how we’re building a better future. The San Pedro de Macorís plant is the largest in the country and has broken its own production records every year since 2014. CEMEX had such a successful 2016 that a new packing line was added to meet the continued demand, increasing production capacity to 1.5 million additional cement bags per month.

Our colleagues in France had a banner year, participating in commercial and cultural projects, historical landmarks, striking architecture, and supporting the Grand Paris scheme. But a favorite achievement for 2016 was a collaboration with local artist Guaté Mao through the "Street Art Avenue" project. The artist is known for the faces with which he adorns the Paris streets, but this time the walls of our Aubervilliers production unit on the banks of the Canal Saint-Denis served as a much larger canvas for his colorful motifs.

In Germany, CEMEX offered its logistics partners an exciting program during the Logistics Safety Day 2016 including exciting stunts and a car rollover simulator by Babelsberg stunt crew. At the core of the event was the question: How can traffic and occupational safety be improved in tandem? The safety day was an important reminder to always focus on safety above all as we contribute to the country’s research institutes, sports centers, and other important construction projects!

In 2016 we introduced a new concept in Israel: product series that make it possible to precisely match the product to the specifications of the structure, the element, the method of implementation and other requirements which are unique to various parts of the Sector. The Betonal, the Massa, and the Water Control series of products have brought concrete technology to the forefront, allowing us to meet our customers' precise needs. Our product innovations are accompanied by our sustainability practices, and our quarries in Israel have consistently earned recognition from prestigious organizations.

This year, CEMEX proudly received Latvia’s highest sustainable business recognition. Our operations in Latvia have participated in the National Sustainability Index since 2011, winning bronze in the first two years, and gold for the following three before finally achieving platinum in 2016. CEMEX was also named “Leader of Social Dialogue” by Latvia’s Free Trade Union Confederation for successful cooperation with the trade union and employee evaluation in Latvia’s regions. Additionally, for the third year in row the Ministry of Welfare awarded CEMEX the status of “Family-Friendly Company.”

Among the many innovations that our team in Mexico made available to clients in 2016, we are especially proud of our fire- and explosion-proof concrete. This ingenious solution was specifically designed to safeguard the Santander Group’s Data Processing Center, Proyecto Q. To certify the specialty concrete, a full-scale prototype of the wall was subjected to physical fire and impact tests at research centers in the Netherlands. The wall was certified by the Bureau Veritas rating company.

To measure CEMEX’s achievements in Panama, you literally must look to the sky. As the capital city’s skyline keeps changing, CEMEX is there to support the city’s tallest buildings and modern architectural works. But their efforts don’t stop in the cities, as special solutions to improve road conditions in smaller towns or to drive sustainable tourism in indigenous communities continue to improve quality of life. Infrastructure projects like the expansion of the Panama canal were complemented by pilot programs to rehabilitate abandoned public spaces. 2016 was demonstrated the many ways that CEMEX is committed to building a better future in Panama.

In the Philippines, a point of pride is the success of the CEMEX Philippines foundation, which was created to support sustainability and community welfare through education, environment, and livelihood programs. The “adopt-a-species” program has enabled communities to foster sustainable conservation efforts for endangered species and the environment, and a collaboration with the Philippine Eagle Foundation is safeguarding the critically endangered Philippine Eagle. Through this collaboration CEMEX engaged young members of the Bagobo Tagabawa tribe in an immersive educational tour of the habitat of one of the world’s rarest forest raptors.

Our colleagues in Poland had quite a year, participating in beautiful projects like the Jordanki Cultural and Congress Center in Toruń and important infrastructure projects like the Lubartów Wind Farm or the tunnel under the Vistula River. Employees in Poland participated in 28 volunteer projects throughout the year at 18 different locations and are redeveloping a former quarry in Rudniki to support biodiversity in the region. These initiatives merited multiple awards including the CSR Golden Leaf and the Ethical Company title for the second year in a row. Additionally, the “Factory of Ideas” program has awarded 21 grants for NGO’s and schools.

Our colleagues in Spain undertook multiple initiatives to recover and revitalize old quarries, including the continuing Biodiversity Action Plan at SOTOPAJARES Quarry. One unique initiative that emerged this year was an agreement signed with the Valencian Motorcycling Federation to build motocross circuits. The quarries are currently under evaluation to pick the most ideal location for a pilot which, if successful, should lead to other similar projects. In addition to revitalizing an old space that is no longer in use, this project hopes to create a place for the community to enjoy with friends or family and promote physical fitness in a community that has produced many champions of the popular two-wheeled sport.

At the event celebrating the 100th birthday of our Victorville cement plant, Apple Valley Mayor Barb Stanton remarked, “How appropriate that your product is quite literally the foundation of communities.” The cement from this plant is in such iconic works as the Hoover dam and has touched the lives of many people: including that of Victorville Mayor Gloria Garcia, whose late husband as well as her grandfather were both once employees at the plant.

Now it’s time to look forward, towards an even more successful 2017! 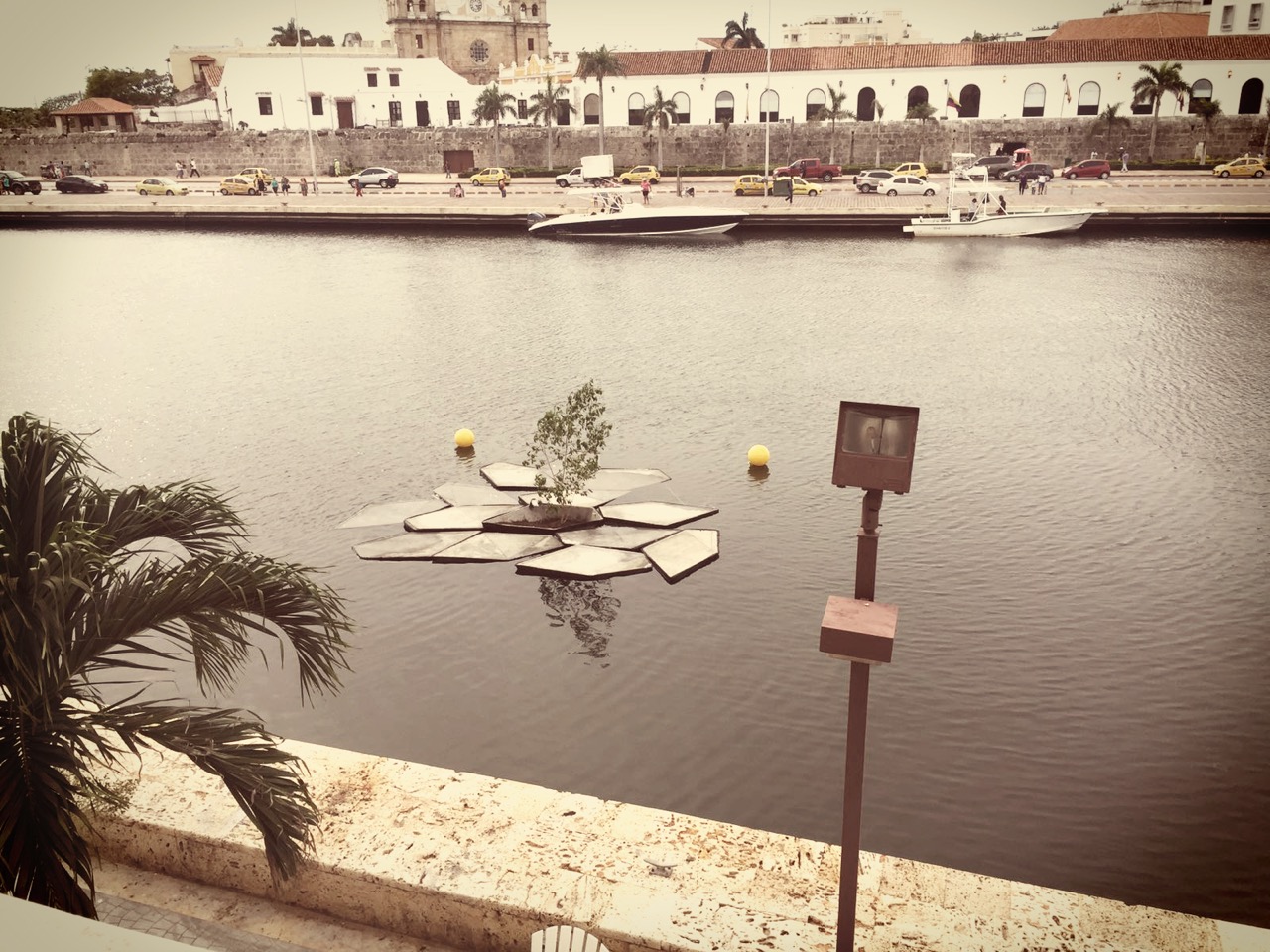 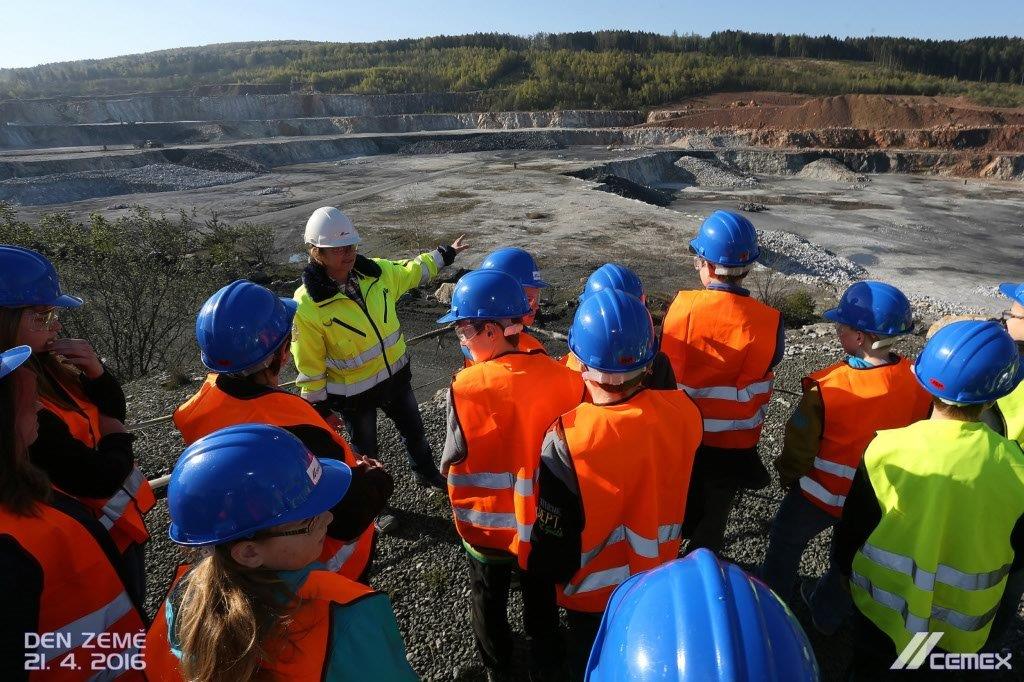 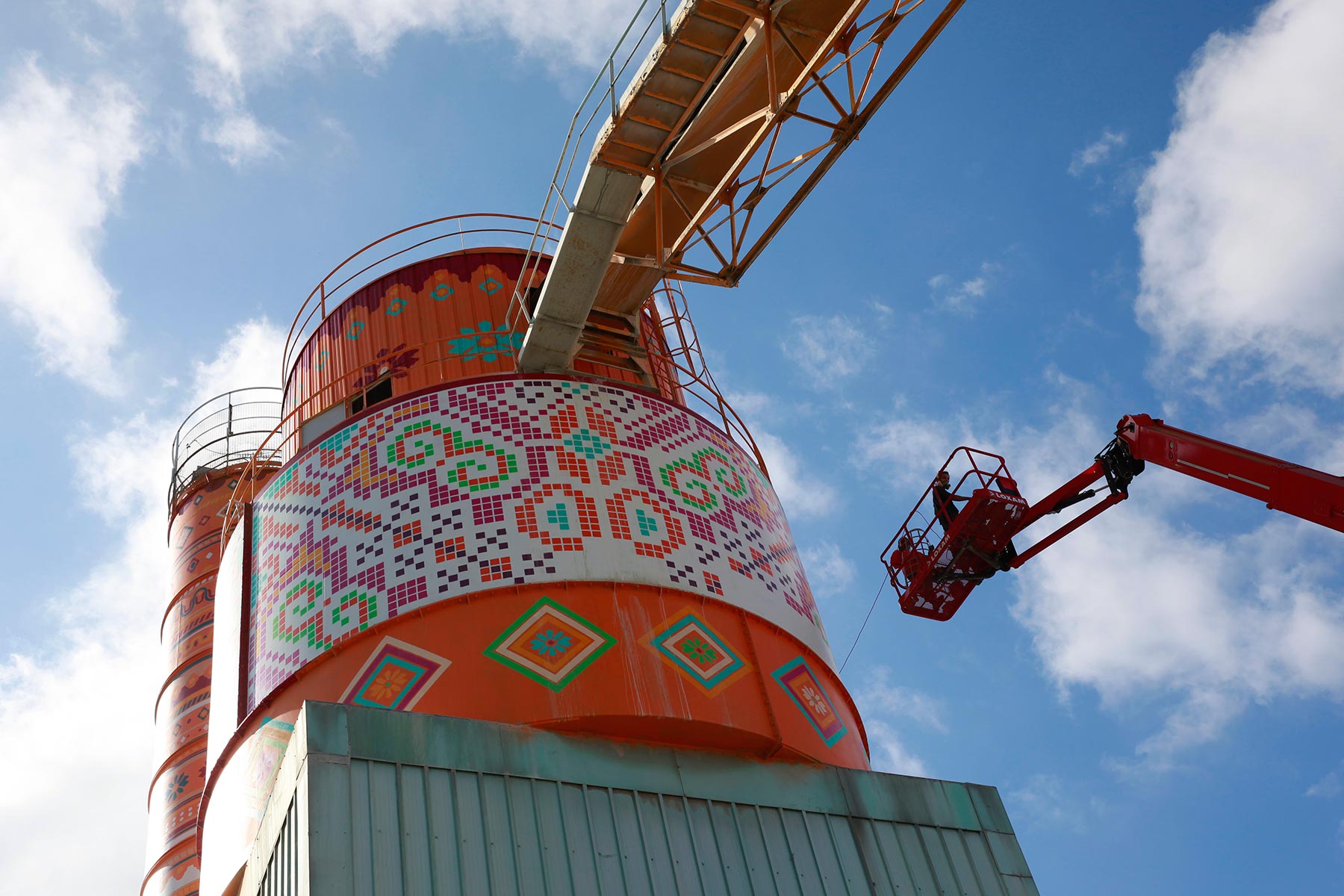 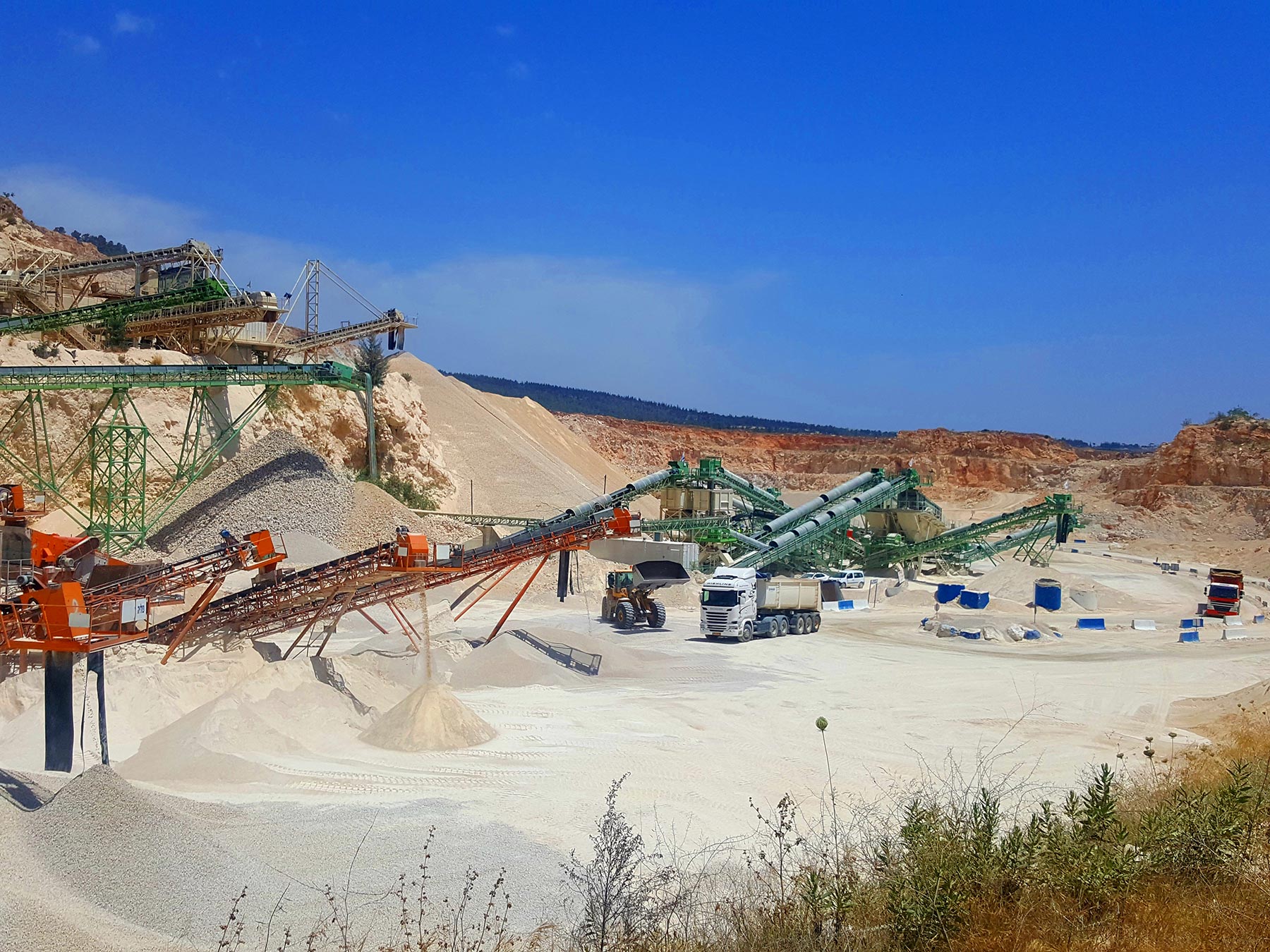 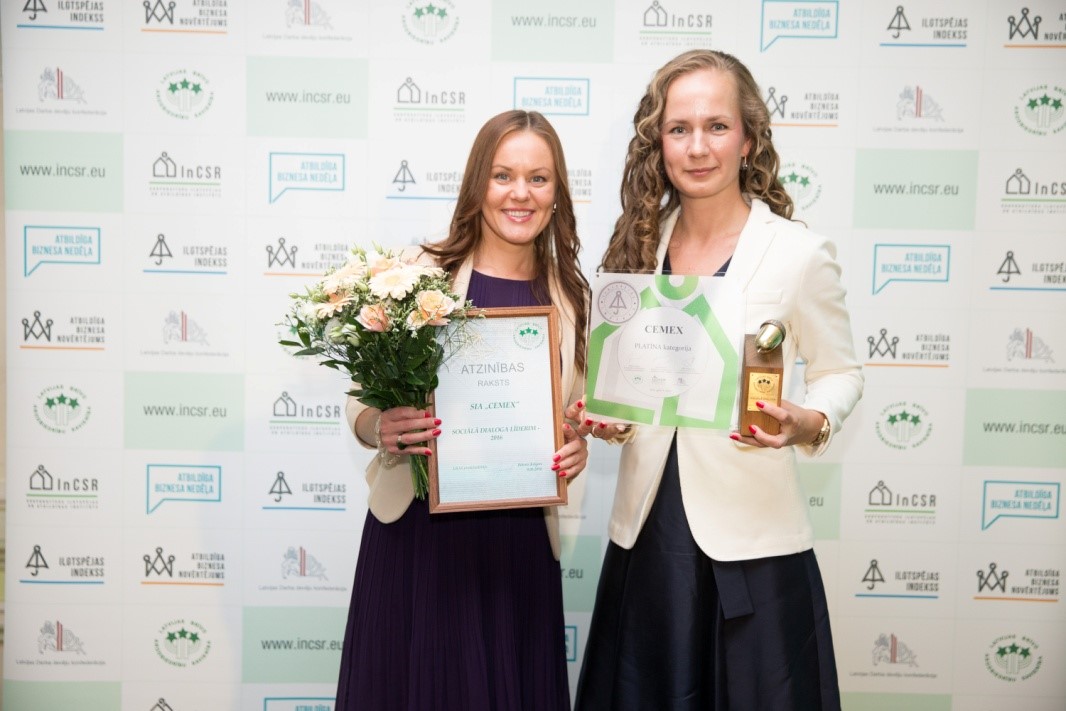 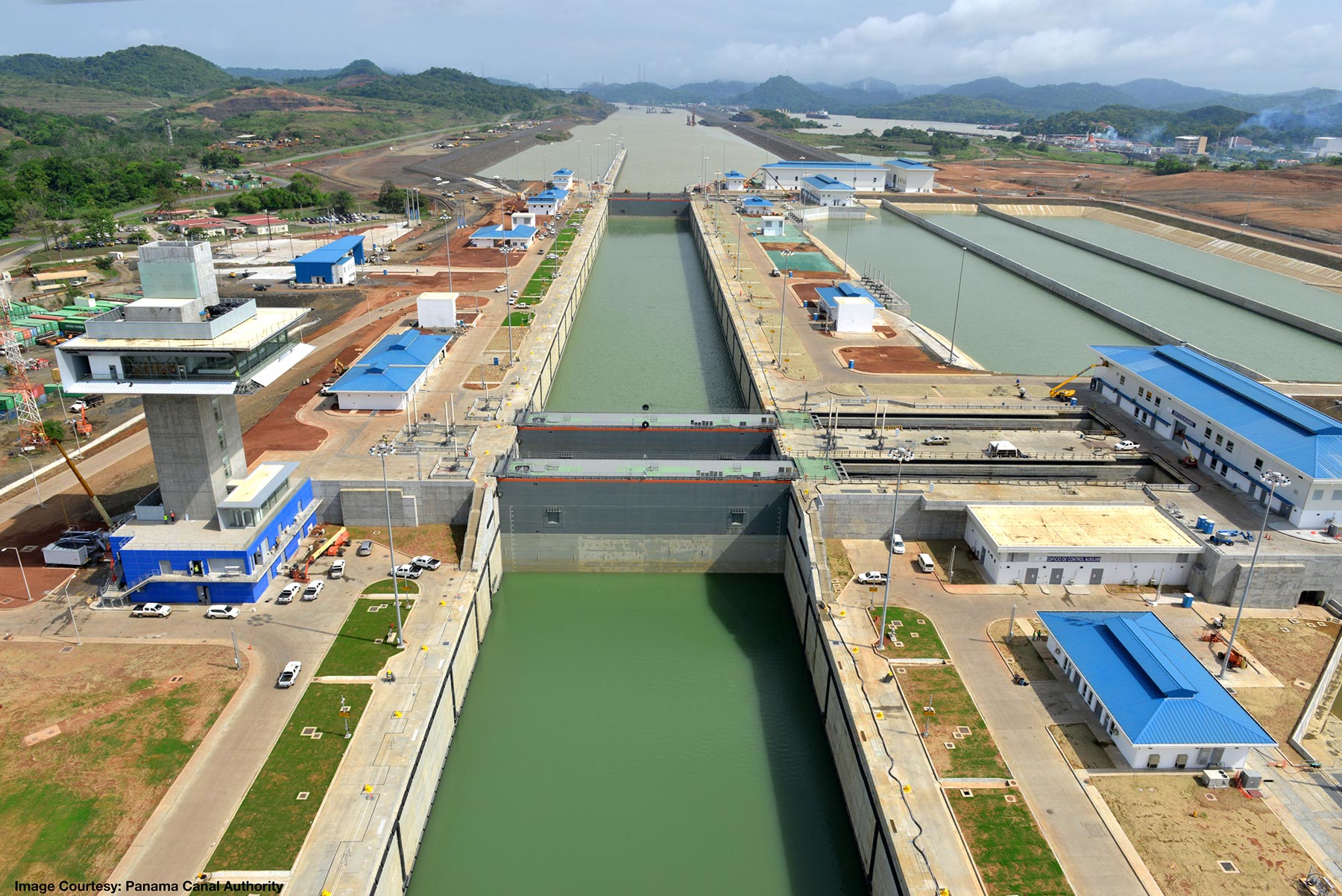 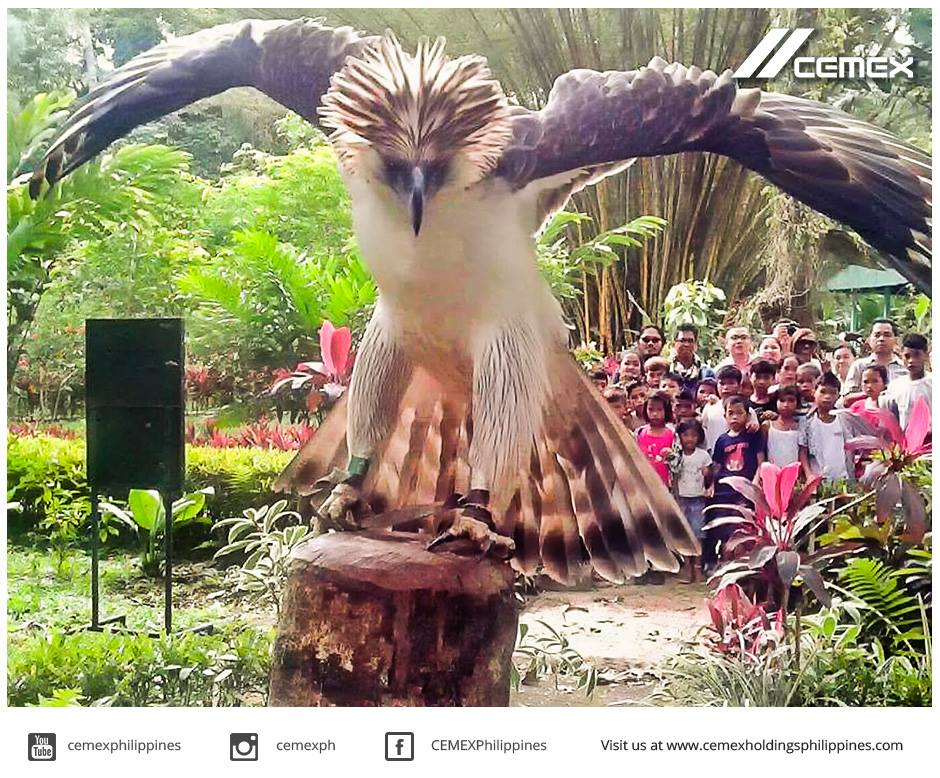 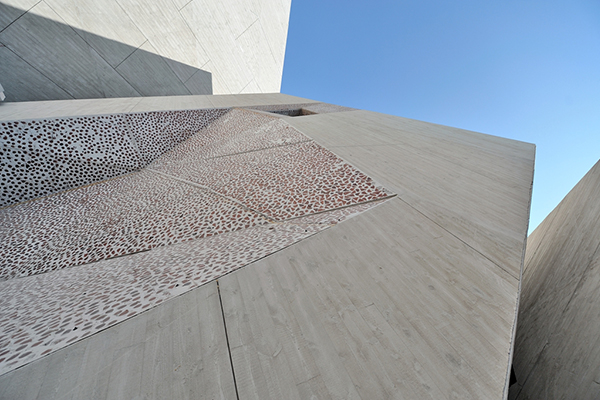 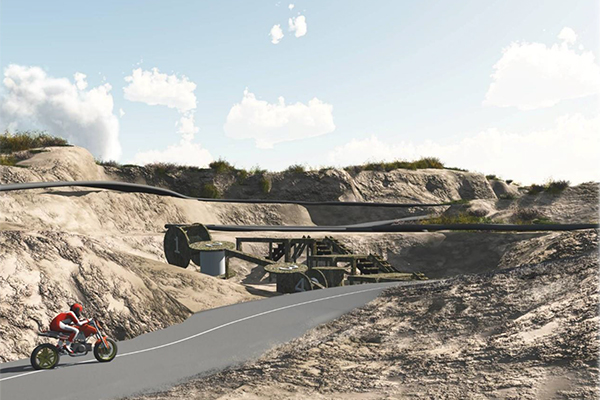