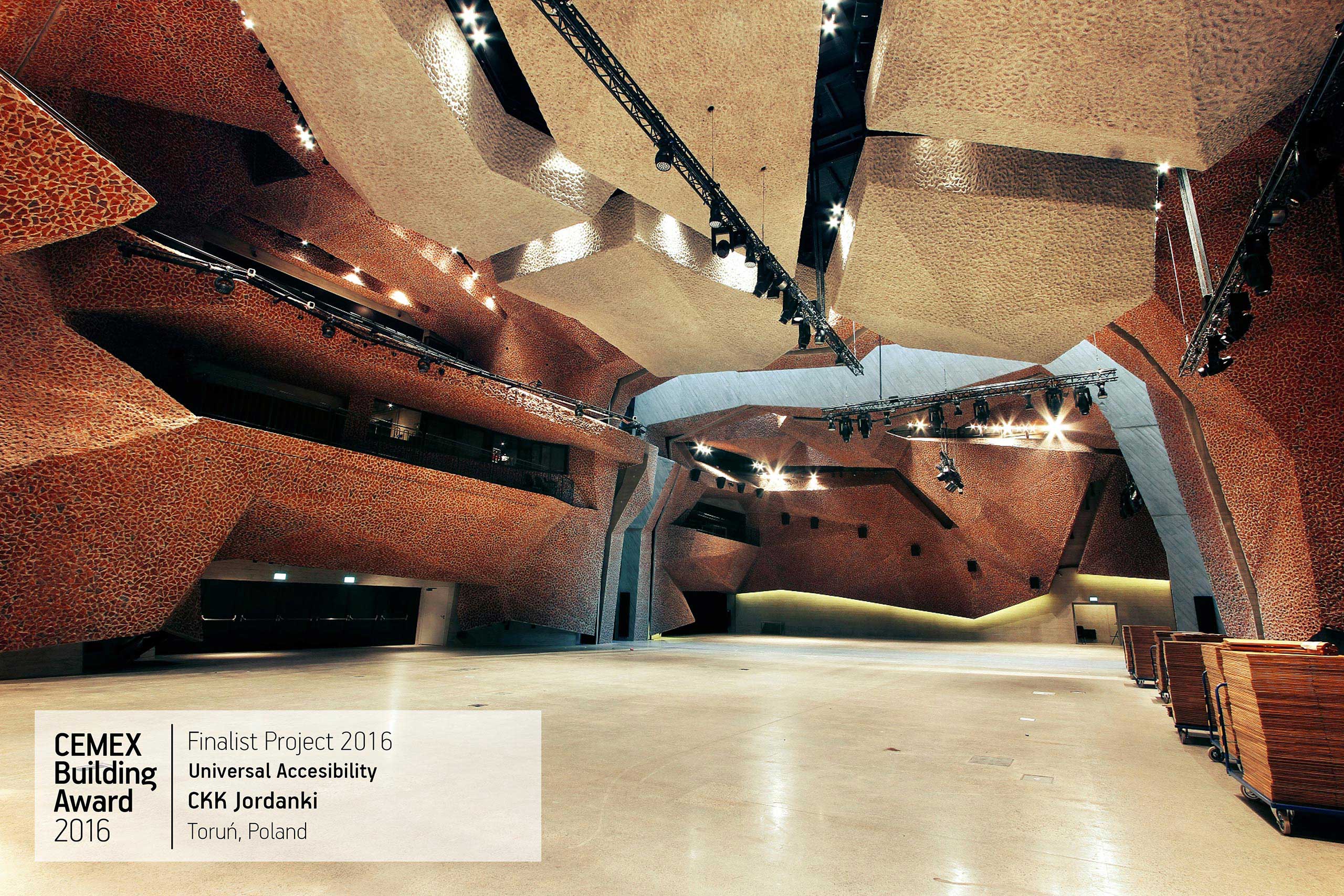 Since opening to international submissions in 2004, the CEMEX Building Award has included participants representing over 500 projects from 32 countries.

On November 10 of this year, 62 finalists will compete for the International Edition of the 2016 CEMEX Building Award. An independent jury made up of international professionals within the industry will select the winners among five categories as well as bestow special recognitions to projects that stand out for accessibility, sustainability, innovation in construction or social value.

This year’s CEMEX Building Award includes participants from 20 different countries in the Americas, Europe, Asia and Africa. To select the finalists, an open call for entries was held from February to May in various countries where we operate, nine of which host their own local edition of the Award. Local submissions that now compete at the international level include diverse projects, from a cultural center in Poland  to an eco-friendly school in Spain.

Since opening to international submissions in 2004, the CEMEX Building Award has included participants representing over 500 projects from 32 countries. Approximately 200 of these have earned recognition at the international level, distinguishing the best teams of architects, engineers, and builders that not only designed and built outstanding projects, but also promoted a better quality of life for users and communities. Past winners have indicated that the award has been a further motivation to keep striving for excellence.

The winners of each category will be announced during a ceremony that will be hosted by CEMEX on November 10, 2016, in Mexico City.