CEMEX Sets the Stage for Two Theaters in France

CEMEX Sets the Stage for Two Theaters in France 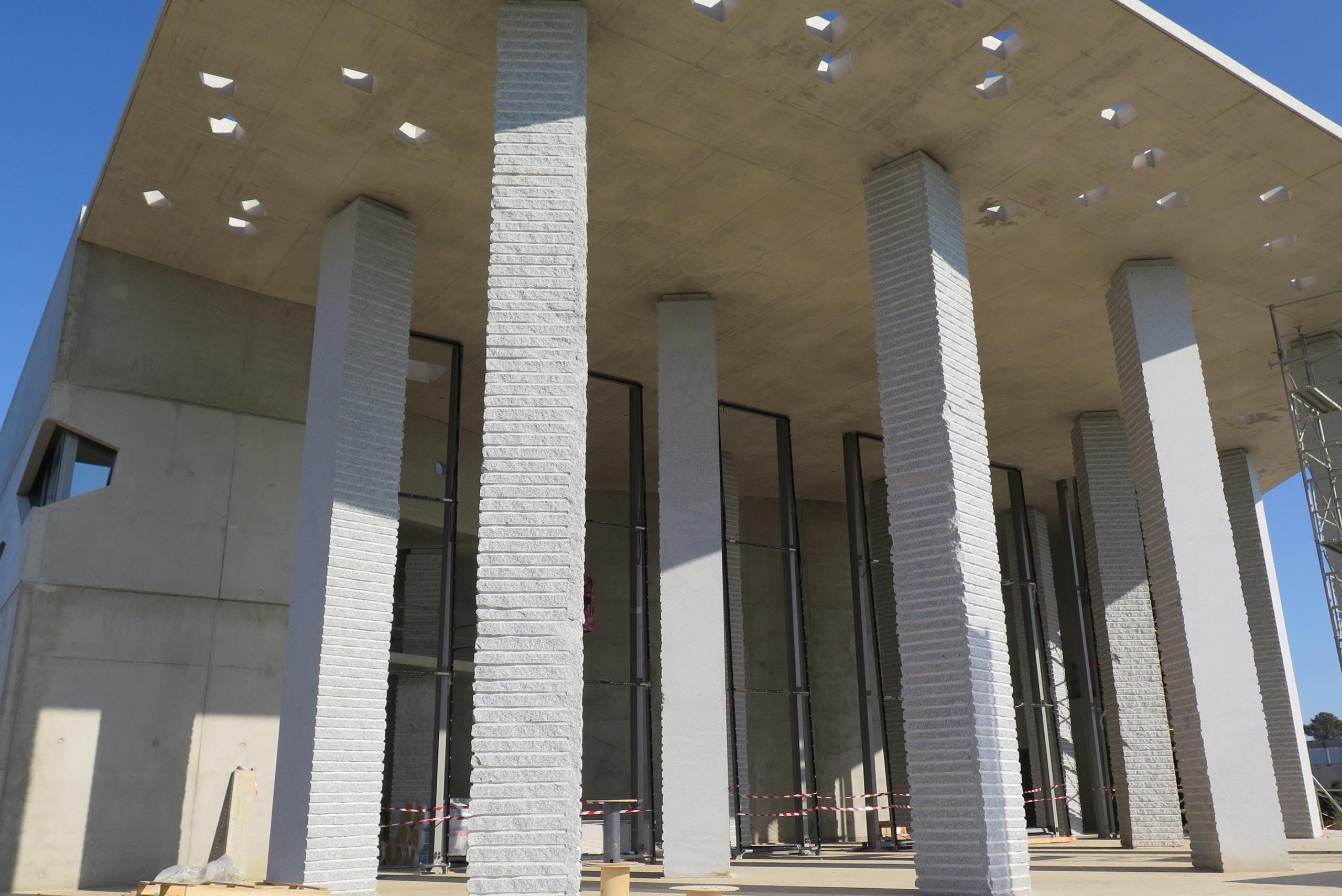 A building can require as much artistry as a play, as our clients in France know. CEMEX contributed France’s cultural patrimony through two auditoriums in Le Crès and Saint-Étienne.

Theater has had an important place in culture, and from its beginnings in ancient Greece to Broadway in New York, societies have built auditoriums to give that creative expression a home. Today in France, CEMEX has contributed to two buildings in Saint-Étienne and Le Crès that are as dramatic as the works that they will house.

The Comedie de Saint-Étienne, one of the first national drama centers in France, will celebrate its 70th anniversary next year by relocating to new, modern premises in the heart of Saint-Étienne’s creative quarter. The design from Studio Milou Architecture called for rehabilitating an old factory, keeping only the walls and framework, and creating multiple spaces for artists and the public, including two auditoriums, a school and a bar-restaurant with a terrace.

The larger of the two auditoriums had specific constraints that required CEMEX’s expertise and resourcefulness. The rows of seating for the 700-person theater would normally be prefabricated, but the ground’s very steep 35% slope meant that the teams had to pour the concrete onsite, from a distance of 50 meters (approximately 164 feet).

The Comedie de Saint-Étienne, one of the first national drama centers in France, will celebrate its 70th anniversary next year by relocating to new, modern premises in the heart of the creative quarter of Saint-Étienne.  Image: studioMilou Architecture

CEMEX designed a concrete mixture that combined the needed characteristics: not too fluid, so that it would adhere to the slope, nor too dry, so that it could be easily pumped from a distance, and with as smooth a surface as possible for placing the wooden seating. Small seating blocks were produced to conduct several tests at the Saint-Étienne production unit before full-scale pouring took place.

In addition to participating in France´s theatrical history, we are also helping to build its future. Next year will see the opening of the Agora auditorium in Le Crès, France, designed by architect François Fontès, which is fittingly called a salle de spectacle, hall of spectacle. The architect devised a cocoon clad in concrete and stone, evoking of a natural rock layer. A large concrete hood with scattered cutouts held up by 13 granite support columns will cover the courtyard of the auditorium, which was designed in an egg shape for its acoustic qualities.

The auditorium’s 9-meter-high walls required a material with superior plasticity and quality of finish compared to those of traditional concrete. CEMEX supplied a specialty architectural concrete that was poured in ten successive rounds, following a precise schedule to avoid excessive pressure at the base of the formwork, while still making sure not to leave any marks from separate pours, achieving a seamless finish. As the curvature is not the same from one section to the next, the formwork had to be consistently disassembled, adjusted and reassembled. Preparatory work was conducted for nearly one month before pouring the 500-square-meter (approximately 5,382-square-foot) hood covering the courtyard, which was completed in one pass, within a day.

Solving the technical or logistical challenges our clients have, CEMEX’s teams continuously demonstrate their ability and know-how to support creativity in architecture, making construction goals a reality.