Safety Campaign Shows How Safety is a Commitment at CEMEX

Safety Campaign Shows How Safety is a Commitment at CEMEX 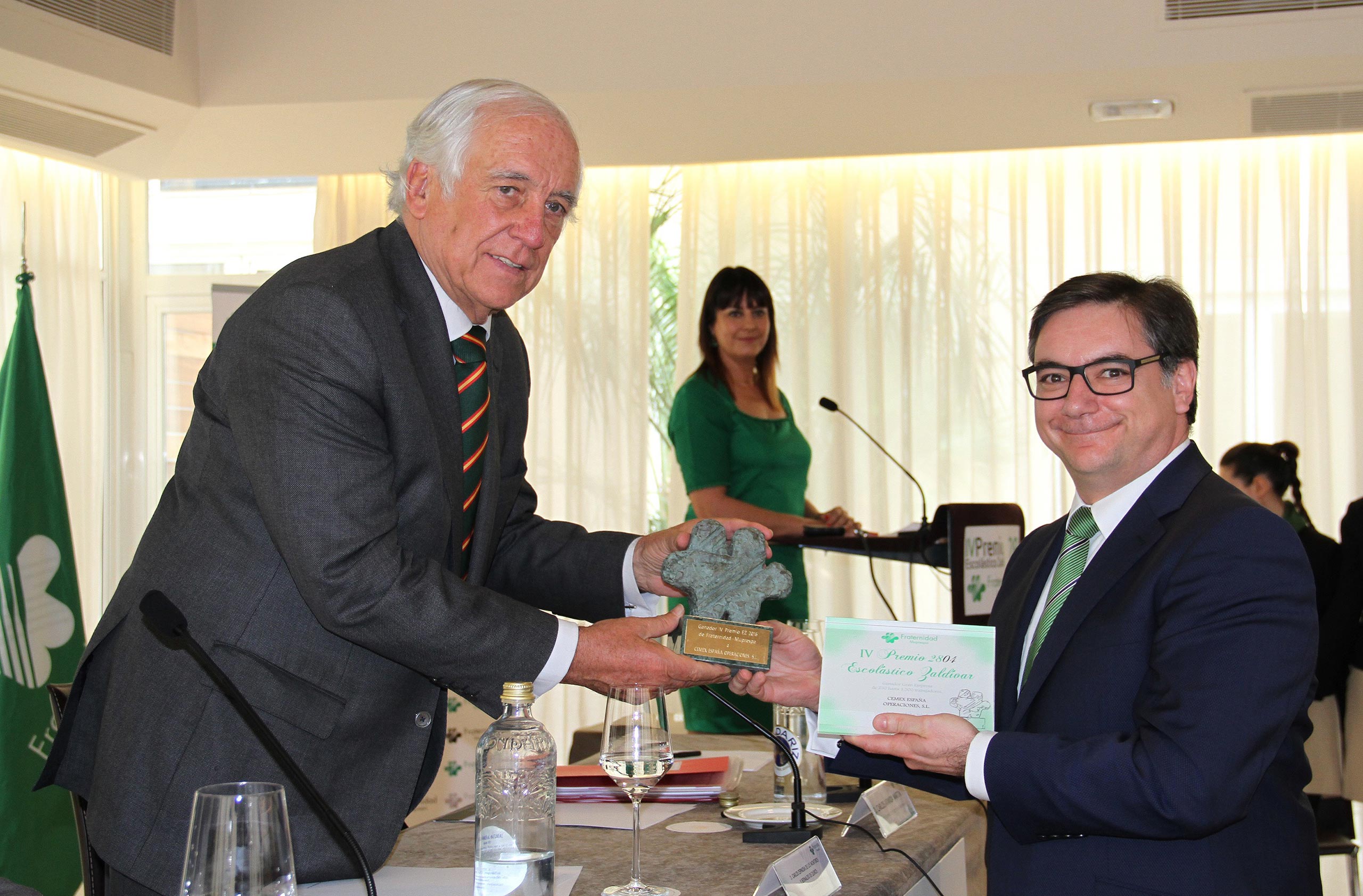 At CEMEX, our employees not only safeguard themselves but also care for the safety of their colleagues.

What does it actually mean to create a culture of safety? CEMEX works constantly to achieve greater active engagement in occupational risk prevention from all our workers. The ¡Avísame! Campaign, which means “Warn me!” or “Let me know!”, was designed and implemented in Spain as a further step in this direction, seeking collaboration and open dialogue with employees on security issues.

This safety campaign goes beyond the typical security concept that promotes risk prevention on an individual level. The innovation is in how it crosses communication barriers: it’s the employees themselves that take the initiative to warn their colleagues of any potential risks they might be taking and encourage them to speak up as well. What’s more important is that they do so voluntarily.

"At CEMEX we want a culture where everybody feels personally obligated, not one where security is based on a culture of fear of the consequences or punishment. That´s the only way to achieve safe and sustainable behavior over time," says Javier Mota, CEMEX Health & Safety Director in Spain. It is common to seek to achieve a safety culture where safe habits and behaviors are internalized as personal values, and thus readily observed in employees. However, this only involves an individual commitment: people take care of themselves. According to Mota, at CEMEX we were looking to go even further. The idea is that all employees, in addition to worrying about their own safety, are also concerned for the safety of others.

It was this idea that led to the “Warn me!” campaign in Spain. This concise message was printed on stickers that workers could add to their helmets, so that their coworkers could see the appeal and act accordingly. "So others’ behaviors are corrected in a natural way, because it is the same colleague who requests it," says Mota, "and no one is offended: it’s understood to be for your health.”

To promote the initiative, every week a new sign was posted with an image of a piece of safety equipment stained with blood and accompanied by a word bubble with the phrase “No one warned me.” The fourth and final teaser poster closed the month with four sentences explaining, from a worker’s point of view, why he or she wants his colleagues to watch out for him

As a company we always seek to scale our best practices globally, and the campaign was so successful that it was also implemented at our operations in Germany, the United Kingdom and the United States. It owes much of its success to its voluntary nature. "That’s very important," says Mota. "We want to cross that barrier where we think that 'it will bother him if I say something.' On the contrary, I’m doing him and his family a favor, and that’s why he’s asking me to do it by applying the sticker."

The use of this sticker has never been mandatory, but still the majority of workers in Spain have decided to participate, requiring several new orders from the printers. Even contractors, non-CEMEX workers who provide services in CEMEX’s Spanish facilities, have requested the sticker, requiring an extension of the campaign’s scope. Now that the initial campaign has concluded, some Spain operations automatically provide workers with a sticker along with any new helmets, but in the voluntary spirit of the campaign it is up to the employee to apply it.

In 2016, CEMEX won the Escolástico Zaldívar Award for our commitment to safety in Spain as exhibited through this initiative. Fraternidad Muprespa annually awards this recognition to companies that have distinguished themselves by effective prevention of occupational hazards. Through this commitment to safety that we instill in our employees, we will continue working to meet our goal of zero accidents.