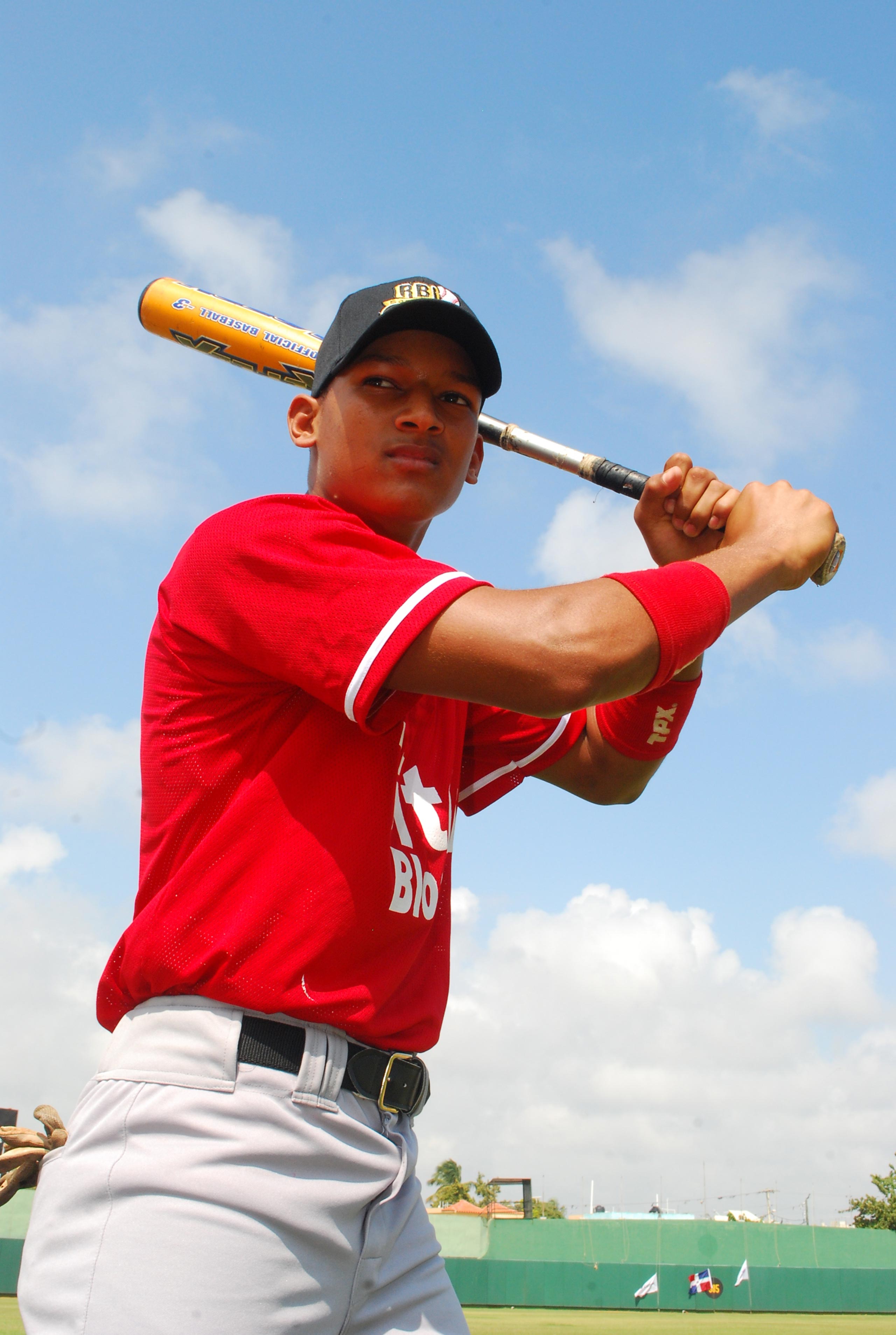 For the past twelve years our collaboration with the Major League Baseball organization in the Dominican Republic has benefitted thousands of young players. In Nicaragua our 3-year-old baseball academies support and strengthen families in the community.

In a sea of countries known for fútbol, or soccer, Nicaragua and the Dominican Republic stand apart as fans of a game that involves less kicking and just as much skill. Though relatively new to the region, today baseball is the national sport in both countries, and it is common to see children playing pick-up games outdoors, often with whatever makeshift equipment they can get their hands on.

Reviving Baseball in Inner Cities (RBI) is a program that began in the United States in 1989 with the goal of providing children in underserved communities with the opportunity to play baseball—which otherwise might have been out of their reach. From that initial seed and after lots of work, CEMEX has supported more than 1,800 young players over 11 seasons.

The benefits of sports for children are well known, and go beyond the physical benefits that support their development during critical years. “Children are very susceptible and easily led,” explained Ángel Rosario, one of the program’s MLB-certified coaches. “If we can keep them interested in clean activities like sports, they will be less likely to get into trouble.”

On opening day 2015 in the United States, 83 out of 868 players in Baseball’s Major Leagues were from the Dominican Republic. The country is considered a hotbed of talent and many young Dominicans dream of achieving a better life through that path. In an effort to guide the young players’ dreams in the appropriate direction, it was decided that the CEMEX baseball program would be open to boys in the developmentally critical ages of 12 to 18. The emphasis would be on keeping them in schools and helping them develop essential values.

“In order for children to take part, they had to be enrolled in school and they had to submit their grades,” explained Martínez. “This was extremely important to us; our intention was to support the development of these children.” To that end, along with physical training under the supervision of MLB, the program also included discussions on values, ethics, teamwork, self-esteem, and the dangers of controlled substances. CEMEX supplied uniforms, equipment, transportation to the camp and nutritious meals, among other things.

In 2013, the “CEMEX Baseball Clinics” were founded to support these efforts among even younger children aged 9 to 13, before they are old enough to join the RBI program. Through this new program, 11 “expert coaches” give their time from September to November to share their knowledge, supporting another 1,250 children over the last three years.

The benefits to the community are visible in the children. The best players in each year’s regional tournament represented their country in the RBI World Series in the United States, taking home the prize for three consecutive years from 2010 to 2012. Some children from the very first year have even gone on to sign with professional baseball teams in the United States.

In 2012, eight years after CEMEX first implemented their program in the Dominican Republic, their colleagues in Nicaragua founded a CEMEX Youth Baseball Academy in their own country.

“We started with seven baseball teams and 98 children from eight of the surrounding communities. In three years, it has grown to 10 teams and more than twice as many children,” says Sergio Javier Murillo, CEMEX Public Affairs Manager in Nicaragua. CEMEX partnered with key organizations in Nicaragua such as Equipo BÓER, Williamsport, FENIBA, and the office of the Mayor of San Rafael del Sur, who was present at the inaugural event.

In Nicaragua, CEMEX donated uniforms and equipment for the camps aimed at boys and girls aged 11 to 14. Since the CEMEX Nicaragua program was for younger children, it also had the added benefit of involving their parents and guardians in various activities. “We felt that this was important for the children as it served to build stronger families, which we believe build stronger communities,” explained Murillo.

“I’m very happy we won the tournament. I learned to be more responsible, to respect our manager, the umpire, and the other team’s players, and I learned not to be rough: to play as a team,” said the 14-year-old champion hitter whose team won the 2015 season’s tournament. Standing by his side, his mother also expressed her satisfaction with a teary eye, “I’m so proud of my son and of the San Cayetano team. With this sport, he dedicates his time, and he’s headed down the right path.”

The league lasts for two months during the regular baseball season, and the children train three times per week. In its second year, the baseball academy also began bringing in experts to speak to the children on topics such as proper nutrition, hygiene, and caring for the environment.

Efforts are made to involve the children even after graduation, as is the case for a high school student who explained, “I played last year, but now that I’m 15, I became a coach. In the academies, we learned that we have to be disciplined to be good players.”

A player from the San Cayetano team, winner of the 2015 CEMEX baseball league in Nicaragua, shows off his trophy beside his mother

Though in Nicaragua the CEMEX baseball league is just getting started, the team members are excited to keep growing and are in constant communication with their colleagues in the Dominican Republic to share best practices.

For their part, the Dominican Republic team just reached a major milestone, signing a new agreement with Major League Baseball and the AFD-Barceló Foundation to expand their program from benefitting 200 children a year to 1,200, including girls. Under the new Béisbol Pal Batey program, participants also receive support to improve their health and nutrition.

“I feel proud to be part of a company that is invested in supporting its communities and that believes in the benefits of sports,” says Martínez.

Murillo agrees, adding, “When we started our baseball academies in Nicaragua three years ago, we knew we were joining a grand tradition that had already succeeded worldwide.”

Visit the following links (in Spanish) to learn about similar success stories in Mexico, Panama and Colombia.