Press Releases
Biodiversity Spotlight on West Heath
This is the second of our series of Site Spotlights, where we take a look at the great biodiversity work being done at CEMEX locations across the country. This time, we are visiting West Heath Quarry in West Harting, Petersfield. 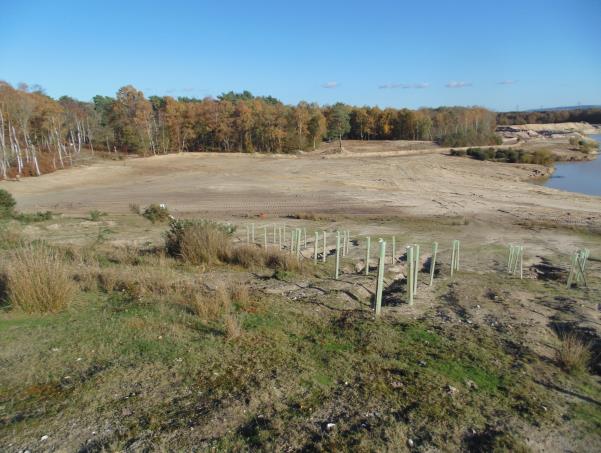 As we saw at Denge previously, the Covid pandemic has impacted the amount of biodiversity work that could be done over the last year, but the team have still made good progress.

In particular, two areas were restored during 2020. This includes a large section of land close to the eastern site boundary and also a section near the weighbridge, just north west of the lake. Both areas will regenerate naturally – the smaller area near the weighbridge has had brash from heather cutting spread on it to encourage lowland dry heath growth. Some work along the southern boundary was also carried out, to cut heather and remove gorse bushes to prevent succession to scrub.

Both of these areas are expected to become lowland dry heath and or lowland acid grassland habitats. In total, the area of land restored comes to 2.2 hectares. Additionally, contractors treated invasive weeds on site, which was successful; only minimal amounts of ragwort are now present.

Over the last year, the team at West Heath have spotted 177 species, with animals including roe deer and badgers, birds such as sand martins, skylark and linnet, as well as rarer nightjar and woodcock birds. Egyptian geese (pictured), mute swan, greylag and canada geese are also frequent visitors.

For the year ahead, priorities include monitoring for reptiles alongside ecologists; last year adders, grass snakes, slow worms and common lizards were spotted and future sights could impact restoration plans. There is a reptile refuge in the middle of the site and restoration will see more of this created.

Last year, there were some issues with sand martins nesting in stockpiles and so plans are in place to create new nesting faces for the birds during 2021.

Closer attention will also be paid to the 0.5 hectares of mire which are along the southern and western shores of the lake and periodically under water. This area is used by birds for feeding.
Together with the RSPB, the team at West Heath are working hard to provide a wide range of different habitats for wildlife. We look forward to seeing how the site develops this year!