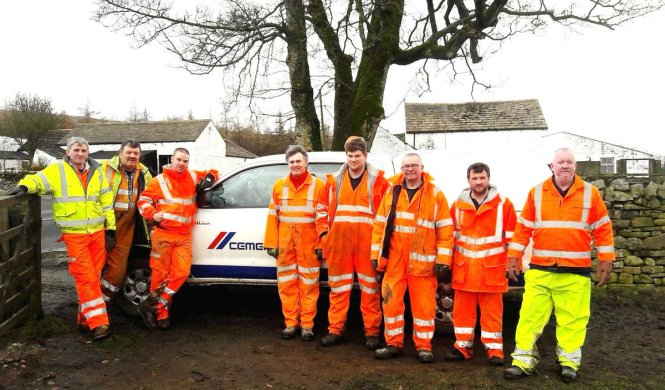 Kevin Cage continues: “Essentially, both year’s Lend-A-Hands have been path maintenance and drainage improvements prior to the walking season starting in earnest on the Pennine Way that runs on the opposite bank of the River Tess – roughly a three mile stretch so far.

“We supplied 5 tonnes of 10mm dust which then had to be carried or wheel barrowed across pedestrian bridges to the point of repair.

“Access to the path is very restricted and the path material was initially helicoptered in when the paths were originally constructed several years ago, which is not financially viable for repairs unfortunately.

A lot of hard labour was involved, but it was very enjoyable and the users were very grateful as they passed by which gave the team some good feedback on the day. We have been lucky both years and avoided large downpours although there was some on the morning of this”