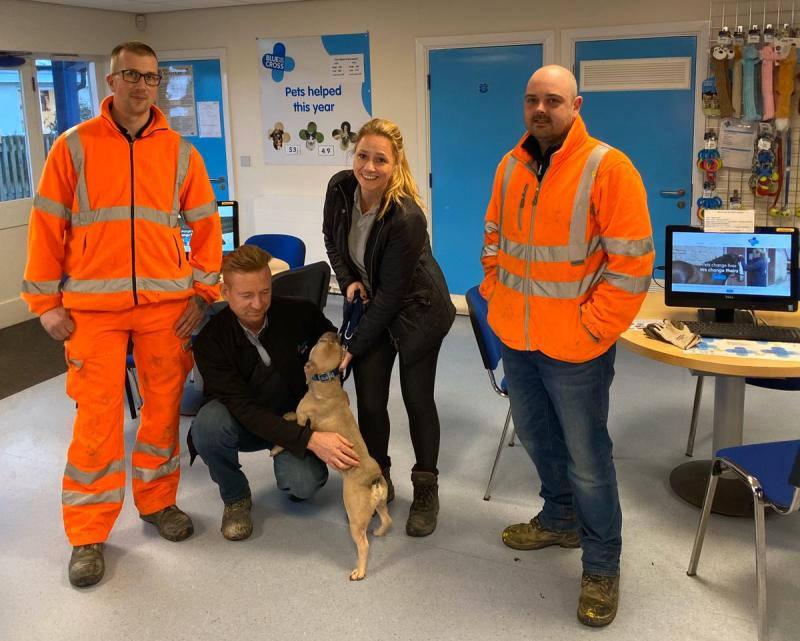 The plan at first was to help outside but due to the weather they were confined to the indoors.

They split into two groups of two, and completed an amazing array of tasks:

The first group in the morning had dog duties which included feeding, cleaning up, washing feeding equipment and walking – spending time with them to acclimatise them with people of all types.

The second group in the morning had cat duties which included feeding, cleaning and sitting with them to keep them company, and to get acclimatised with people.  The groups then swapped over for the afternoon sessions.

The team even had time to erect some broken fences that had blown over in the storms. This is very important as the fences are for dogs that need to be kept separated.