Press Releases
Taking The Best From Other Organisations
Our Related Business Managers visited the Amazon fulfilment facility in Tilbury recently as part of their Health and Safety forum. 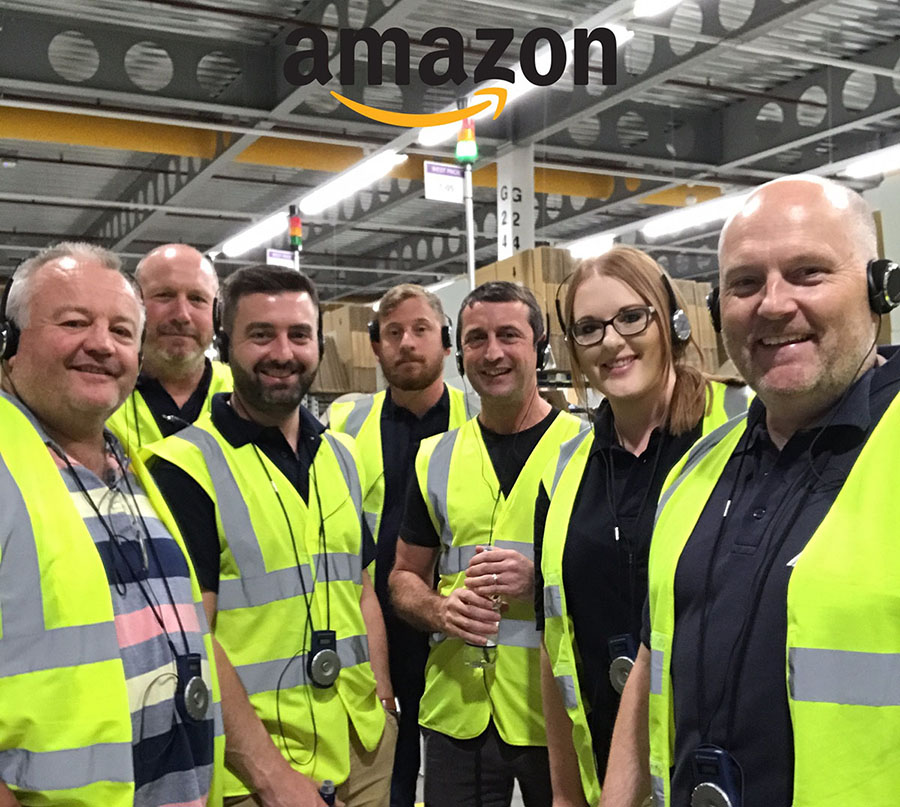 Over the years the forum has evolved and for some years now the team have been looking at other businesses, of which some are completely out of scope of how CEMEX operates.

The team took the opportunity to do a tour of the largest Amazon fulfilment facility in Europe, which opened for operation in September 2017. The facility in Tilbury currently has approximately 2,800 employees but is set to increase to over 4,000. The Amazon KIVA robots are in operation at the facility and it was a joy to see how the robot was used. It was also interesting to hear that the robots were not a direct replacement for people but actually have created a requirement to employ more due to the efficiency of the robots.

Some key principles of the robot use were to improve storage effectiveness with a greater utilisation of floor space; by using the KIVA robot Amazon were able to store 40% more inventory. The CEMEX team were very interested to see how the health and safety was part of the robotic innovation. It was obvious that manual movements had been removed from this area of the process, eliminating all the risk associated with manual handling.

Isolation was remarkably a lot more high-tech, the need for engineers to have access to the area where the robots were moving was essential due to the size of the facility. All engineering staff that required access, of which only two were trained per floor per shift, are issued a special type of vest which has an imbedded sensor, this sensor is picked up by any KIVA robot within five metres of the engineer and will immediately stop, once the engineer moves the KIVA robot will commence on its planned route.

Terence Clair, Operations Manager for Rail Solutions UK, said: “It was good to discuss some of the challenges faced around health and safety, with peoples’ behaviours being a top topic for them much like ourselves. It is important to know that we choose to do things every day that have an impact or consequence, however, if we can think safety before we process the action we will reduce behavioural related accidents.”